EPA very helpful, but does not currently regulate medical waste

So we’re just going to swim in our own medical wastes unless we solve the problem ourselves.

Both the Honolulu and San Francisco offices of the EPA have been helpful above and beyond the call of duty in responding to my questions, and apparently the local office has been awash in a flood of phone calls. Great—that means citizens are unhappy about how the state is handling this and are seeking help from a higher power. 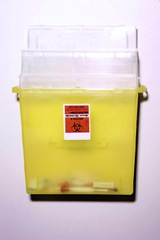 I was directed to an informative web page, from which I’ll snip here. Check out Regulated Medical Waste—Overview.

First, on state regulation in general:

EPA no longer plays a central role in medical waste regulation; instead, the states and other federal agencies have taken on that responsibility. The following summarizes the current regulatory scheme for medical wastes.

State Medical Waste Regulations. Nearly all 50 states have enacted medical waste regulations to some extent. However, unlike state hazardous waste regulations, which are all based on the federal RCRA standards, state medical waste standards vary diversely. Some state medical waste rules are fashioned after the Medical Waste Tracking Act, while others have little or no resemblance to this historical law.
…
Most states have regulations covering packaging, storage, and transportation of medical waste. Some states require health care facilities to register and/or obtain a permit. State rules may also cover the development of contingency plans, on-site treatment, training, waste tracking, recordkeeping, and reporting.

OSHA Regulations. OSHA, whether it is the U.S. Department of Labor Occupational Safety & Health Administration or an OSHA state program (24 states operate their own program), regulates several aspects of medical waste, including management of sharps, requirements for containers that hold or store medical waste, labeling of medical waste bags/containers, and employee training. These standards are designed to protect healthcare workers from the risk of exposure to bloodborne pathogens. However, they also help to systematically manage wastes, which benefit the public and environment.

I learned that while we think of medical waste as originating in hospitals and doctors offices, much of it comes from home medical care or hospice.  If someone at home is just dumping needles in the trash, it will end up in that landfill eventually. Put it all together and there could be a substantial pile of medical waste that is not being properly processed.

It will be up to our Department of Health to analyze the trash cleaned from the beaches to try and determine its origin. That’s not a job that can be left to the dump operator, Waste Management. That’s one reason why, when medical waste is discovered, it should be reported to the DOH and not to Waste Management, as DOH has requested. 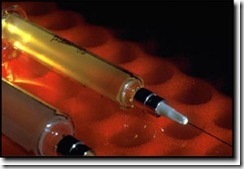 The EPA web page offers a summary of Hawaii’s regulations. Unfortunately, the links from that page to Hawaii’s regs is obsolete, but the reference is given.

The EPA still has jurisdiction over storm water handling, so Honolulu could be in line for some scrutiny if they become concerned. As to the medical waste issue, that’s for us to solve. It won’t be solved by the feds, by articles in the paper, on blogs or by TV coverage. If you’re concerned about your safety in the water or on the beach, best to speak with your state representatives and city or county councilpeople to find out what can be done.

Me, I know how long it takes for Honolulu to fix anything. So I’m designing a line of special Aloha Hazmat Swimsuits to sell to concerned tourists in Waikiki. 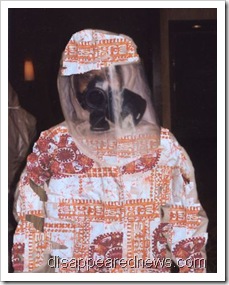 As I suspected- there is no federal regulation... Funny how, according to a "Kokua line" article in the S-A this week, the DOH claimed that medical waste is handled according to all sorts of federal standards (EPA, OSHA etc.). Easy to do if there are none...


thanks for your update on the stream of most-probably toxic medical waste that has found its way to our ocean. Doesn't the EPA have regs on disposal of radioactive isotopes? Radioactive waste from nuclear medicine from cancer "treatment" and other procedures.
Regarding hospice uses of needles, etc. it should be mandatory to return all medical items after use, to where they were purchased to then be disposed of in a proper manner. Medical waste is often hazardous waste.

I think the point of the home use/hospice answer was because no one is checking on home use, so if people want to just toss their syringes in the garbage, no one is looking over their shoulders.

While I don't doubt this is happening, unless the DOH invests the time and money to try and trace the waste back to its source, we won't know.

I'm sure some people are doing just that, ignoring the requirements. Probably the same people who leave their shopping carts behind your car instead of taking it to the shopping cart nest, or those who leave frozen chicken packages on top of the breakfast cereal display at Costco.