Video reminds me of living with snow in New York

Here is a video of a NYC snow plow stuck in the snow during today’s blizzard.

What the driver is doing is rocking it back and forth until it digs a longer groove and eventually either works up enough speed to run out of the hole it’s in or wears down the end of the snow drift. 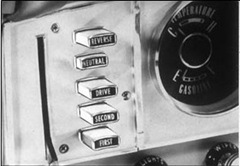 When we lived in New York, that’s how I got out of my parking place to go to work in the morning. Underneath the car was no snow, of course, but around it was snow. So the car is in a hole something like that snow plow was in the video. You can’t put anything under the wheels, the car throws it out sometimes violently. We had a 1963 Plymouth with the push-button transmission. So I just alternately pushed Drive and Reverse with my fingers. Piece of cake. The car rocked back and forth and got the rhythm, so it broke out and was on its way very quickly. My neighbors struggled for quite some time.

Trouble is, I destroyed my transmission eventually with abuse like that. When it came time to get rid of the car because we were leaving New York, my father put a nearly dead battery in it and kept my good one. We took off the good tires and put some old worn-out ones on it. He had the Dodge twin, so he could use the stuff on his car. I drove it to the auto wrecker and left it running out front. I told him not to turn it off or put it into reverse. He offered me ten bucks for it. Deal. Then off we flew to Japan.