I can’t believe I was the only caller on tonight’s Bytemarks Cafe program featuring the Peer News/ Civil Beat startup. It was really the first interview with editor John Temple since the website opened for real yesterday.

You’ll be able to hear the program, if you missed it, in a couple of days from Hawaii Public Radio’s archive webpage.

The guests were talking about how you sign on to Civil Beat with your PayPal account, and that pushed one of my buttons. It’s a security risk, and further divides the community into haves and have nots.

Of course, they can do as they like, and I sincerely do wish them success.

But why not issue a password like every other website does? If you sign on in a library and someone gets your Civil Beat password, big deal, but if they steal your PayPal password it would be trouble. Do you get spam about resetting your PayPal account, even if you don’t have one? Stealing PayPal signons must be a lucrative scam.

Also, if parents have paid for the site, will they give the young kids their PayPal account numbers? I hope not. It’s also too much to expect for each family member to have their own PayPal number and pay for their own access.

This PayPal thing doesn’t compute except in one way I can think of—they’re owned by eBay, Pierre Omidyar’s company. Is Hawaii being used as a test site to see if a new PayPal opportunity exists, that is, can PayPal be used to run PayWalls? (TM eBay) With other newspapers contemplating erecting paywalls, if this succeeds, there could be a whole new flock of customers for eBay, untold zillions of website subscribers wanting their news from commercial sites. That is, if the model works.

Reminds me of the allegations that the Superferry was exploiting Hawaii to prove the seaworthiness of the ships for possible military service. So I’ve got my antennas out. Someone please explain this Superferry thing to John Temple, he’s new here. Or how come ‘to be Superferried’ is a transitive verb in Hawaii.

I wanted to also ask if the website were really designed to basically block free access (you get a paragraph and then a box asking for payment), or if they could choose to just give some or all articles free one day. It’s a strange, custom website (black on grey, hard to read, a “carousel” of selected articles, moving quickly, hard to read).

Experimentation is good. Anything could be changed—unless it’s the main idea, the PayPal part, I mean.

And yes, they are a new website and anything can change or evolve. I don’t mean to be overcritical. New or not, I’m disappointed that we won’t be able to share in the news, that another exclusive Hawaii club has been set up to keep out the people who for whatever reason aren’t willing to spend big bucks on something optional. Will there be underrepresentation of Native Hawaiian subscribers? At $240 per year plus tax, you bet. That’s part of what I meant by an exclusive club or “gated community.” Join it and you get to hobnob with a billionaire, the president of the company, and the editor. For now. That also could change.

Now, if the news offered really was exceptional… but that is yet to be shown. Why not produce some good news, for free, of course, and then charge for it after the value of the site is established? Nevermind, that’s not the business model. If my theory is right, the business model is PayPal/PayWall.

Hmmm… I have another business model. If users are beta testing a product for the larger paywalled news site market, how about depositing something in their accounts rather than taking out? Is that radical, or what? If Rupert Murdoch starts using PayPal for the paywall he threatens to put up, do Civil Beat users get a rebate?

But I also stick to a couple of principles that are very strong with me, related to that “gated community” that Peer News/Civil Beat has created. These are very simple: News is free, and discussion is free. That’s the American Tradition.

Before there was the Internet or even TV, there was radio. Gathering around to listen to news or entertainment was and still is free. The kid below did not have or need a PayPal account. 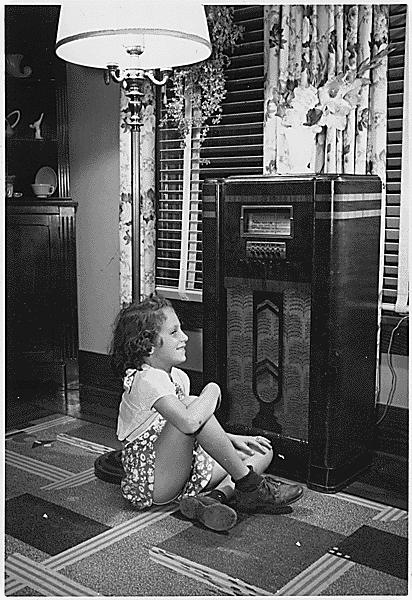 In New York we had Union Square (click pic for larger). There was no admission charge. In London’s Hyde Park (as well as some other London parks) there is a Speakers Corner. You don’t have to pay to listen or to speak. High born or low caste, you get to talk freely or learn something new by hanging out. 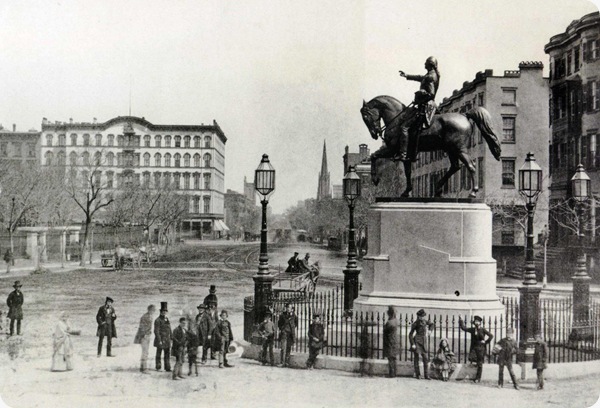 I went to school at Stuyvesant High School on 1st Avenue near 14th Street. I used to visit the bookstore area on 4th Avenue and also Union Square sometimes. It was part of my education.

Back to Civil Beat.

I was also curious that Twitter access is necessary to fully participate. If they tweet too much I’ll just turn them off, it becomes a distraction, not a service. Derrick DePledge’s tweets are a service, but unrelated to his news reporting from the State Capitol, which is fully self-contained in the paper or his blog. The tweets are something else, valuable but separate. I follow his tweets when something is happening at the Legislature because he live-tweets faster, more accurately, and with better context than anyone else.

Oh, and DePledge’s tweets are free. Valuable yet free. (I do hope the new paper keeps him on…).

Sorry about the rant. I just asked myself why I wrote it. I think it’s because of the expectation of what the new website would be, and I’ve got to admit it, because New Pacific Voice didn’t work out either.

Good job on keeping an eye on Civil Beat. Come to think of it, what is happening with Civil beat is quite disturbing. From the outside, it has the look of an elitist special club. That's all Hawaii needs, more backroom dealings. If the theme was sports or something else, I would not mind it so much. But, a news site entitled "Civil Beat" that you need to pay to access? I don't think so.


Sounds like sour grapes, Larry. There are local journalist with a high personal integrity writing for Honolulu Civil Beat. How nice to not have adds.


Sounds like standards and concern for value and access Larry. No commercials is great but we are missing the most viable middle road– the NPR model. Sponsors and a paying % carry the thing in an open fashion so that full community participation is possible. Also, technology can be seductive. If you have a resource like PayPal at your disposal, odds are you will likely use it. Plus, isn't the Peer build up now totally superfluous? Keep da eye on...


Iʻm glad you brought up the Pay Pal aspect. Got an email from a journalist who will be joining Civil Beatʻ.
As I was reading his news I came to the PayPal part and just closed it up.

It was a jolt and a big turn off. Why the hell should I pay for their ʻnewsʻ when I can scan the Legis. site, Disappeared News, Huff post and a milion other places for news. Donʻt have time to read pieces by self absorbed wannabe or alreadybe journalists dwelling on the deeper meaning of their words.